Road trip from Cape Town to Durban by Baz Bus

Posted by Claudia on Tue June 13, 2017 in Lungile Backpackers News. 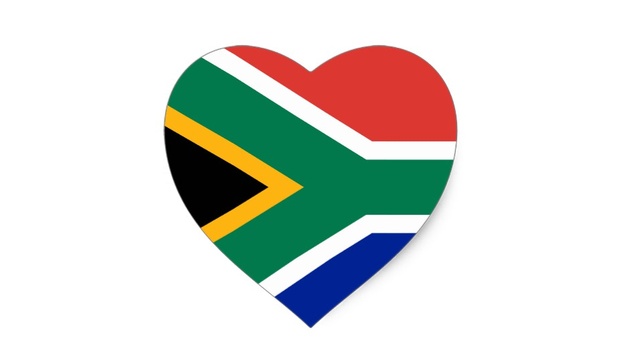 One of the must do road trips when visiting sunny South Africa!

On the must-do list of most South Africa tourists you can find the Garden Route. I have listened to different stories. A few people were saying traveling the Garden Route is an amazing trip, others were saying its all about tourism and has nothing to do with the real South Africa. I was advised to go further east to actually experience this beautiful country. As I had two weeks to spend I decided to go on a trip from Cape Town to Durban to find out for myself what is true.

I decided to go up the coast by Baz Bus. Quick Tip: For those looking for a convenient way to travel South Africa in my opinion Baz Bus is the best choice- a bus mainly used by Backpackers. The bus stops at a bunch of hostels and enables you to hop on and hop off anytime and anywhere.
Another benefit is that you meet people from all over the world while traveling. The Baz Bus drivers are super friendly, entertaining and welcoming. Also they understand themselves as a sort of tour guide and provide information about history, culture and the landscape of South Africa.

First stop for most tourists traveling the Garden Route is Mossel Bay. It´s a cute city about four hours east from Cape Town. A definite tourist attraction is the train hotel “Santos Express”. It is a train right on Santos Beach that has been turned into a hotel. The beach is perfect for a swim as there is not such a strong current. For those looking for a smaller village and a bit more peace and relaxation I would recommend to go further east and to stop at Wilderness or Sedgefield. These villages offer stunningly beautiful beaches and an outstanding landscape. Swimming is a bit dangerous though due to a strong current and the tides. I stayed over in Sedgefield for one night. My hostel Afrovibe is situated on Myoli Beach— 14 km of unspoilt beach. Either you go for a long beach walk, a run, take a surf lesson or book one of the day trips they offer. Also this place is perfect to just relax. Meeting new people is easy in the restaurant “The Pili Pili” which is next to the hostel and provides delicious food and drinks. I had one of the best Pizzas in South Africa there!

The Crags
214 meter of pure adrenaline. The highlight – 15 minutes away from my second Baz Bus stop “The Crags”- is definitely the Bloukrans Bridge. With 214 meters it is the highest bungee jumping bridge in the world. The bungee jumping team is extremely professional and they know exactly what they are doing. Surrounded by the vibes of african house music I was number one to jump from our group of 15 people. It was an incredible feeling. I spent 2 nights at the hostel “Wildlife Spirit”. The name already says it all, I think. Wildlife Spirit is situated in the heart of the Garden Route and the Tsitsikamma National Park. It is surrounded by indigenous forests, pristine beaches, waterfalls and mountains. A must stop for nature lovers. Also the hostel is the perfect spot to start your hiking experience from. My recommendation: don’t miss The Big Hike at Natures Valley – insanely beautiful.

The surfers paradise – Jeffrey’s Bay. “Jay Bay” was the place where I wanted to catch my first wave. Learning how to ride a surfboard like a professional was my ultimate plan. Eventually I ended up not taking my lessons in JayBay. Why you ask? Because of my hostel “Island Vibe”- their amazing staff and the new friends that I made in Baz Bus had other plans: Party, Party, Party. The hostel has an amazing vibe, beer pong is on every single day and that means your hungover most of the time. If I hadn’t have planned my next pick up with Baz Bus, I would have been happily ‘stuck’ there for days. That is what happens to most tourists in Jay Bay. Also, whilst you are in Jay Bay don’t miss out on the bargains in one of the Billabong outlet stores- you won’t be sorry.

Port Elizabeth
Located about an hour away from Jeffrey’s Bay, you’ll find Port Elizabeth. As one of South Africa’se biggest cities, PE is also the pretty much end of the Garden Route. If you travel by Baz Bus you have to stop here for a night. We arrived in the friendly city at 10pm and I had to leave with the next bus at 6am in the morning. That´s why I did not really have time to explore PE. My hostel Lungile Backpackers is located in a safe area about 5 minutes away from the beachfront with lots of bars, restaurants, clubs and the main beach. PE is also the gateway to the game reserves of the Eastern Cape. The most famous one is Addo Elephant Park but there are many other remarkable reserves in this region. Don´t forget to stop at one of them. They offer some incredible wildlife experience. What else to do in PE? A must see is the Red Location Museum. It is an Apartheid museum in the New Brighton township of PE. For those looking for good parties I can recommend the beachfront, Central and Walmer. You want to go for a surflesson? Humewood is a famous surfing spot.

Finally we were leaving the Western Cape and we were on our way to another side of South Africa. Famous for the Eastern Cape are the colourful round huts. We were passing small villages with about 20 huts but also bigger towns. People, cows and chickens were walking on the streets. Our driver stopped in the middle of nowhere dropping off 20 loaves of bread for a family he is helping with food. About 30 adults, children and animals were waiting for us to arrive. 3 and a half hours further east from PE we were about to arrive in the ‘real’ South Africa- something I had been waiting for that so long. Chintsa was my first stop in the Eastern Cape and about 40 km away from East London. Welcoming me from the balcony of my Hostel “Buccaners” was a breathtaking view of the endless beach and the lagoon. At Buccaners I met Asanda. She worked for this hostel and is Xhosa. From a last minute decision she joined me on my way to Durban. Later on she moved to Cape Town and is still one of my best friends.

My second last stop 250 km away from Durban was Coffee Bay. On our way we were surrounded by incredibly beautiful nature. We were passing a village with burning tyres, people demonstrating on the streets and throwing stones. This is South Africa too, I must be honest. Later on our driver explained that the people were protesting against the governing parties decisions. Most people aren´t happy with the decisions the governing party made. Whoever thought Chintsa as being in the middle of nowhere was wrong. I think that title can be reserved for Coffee Bay. We had 5 more minutes to go to Coffee Bay – the streets weren´t even tarred anymore. Oh, you thought Coffee Bay is famous for its coffee? Then you are wrong. Coffee Bay got it´s name from a cargo ship that ran ashore and scattered beans which grew to coffee trees.

Coffee Bay it self is a small village surrounded by the incredible landscape of the Eastern Cape. Here I did one of my best hiking experiences the “Hole in the Wall” hike. The hike it self is four hours and it offers you the most stunning landscape of the Eastern Cape. Definitely a must do activity. Another activity Coffee Bay is famous for is surfing. Also in my hostel “The Coffee Shack” they offer the cheapest surf lessons I have found so far.
A two hour lesson including wetsuit and board for just R50. Another fact I really loved about the hostel is that they give free mussels and oysters to their guests every evening. They also offer cultural experiences like sleep over in huts or traditional dinners with a Xhosa family. My recommendation: try Xhosa bread – it is delicious.

From Coffee Bay to Durban it took us another 8 hours by Baz Bus to get there. My hostel “Happy Hippo” is just 5 minutes away from the endless uShaka Beach. If someone would have taken me to that beach without telling me where we are I would have assumed I am in Miami. In fact the beach promenade with its bars, restaurants, surfshops and skyscrapers in the back reminds of the metropole in Florida. Durban is more indian influenced. Durban! Indian? Exactly cause Durban has the largest Indian population outside of India in South Africa. When you are in Durban you have to try Bunny Chow. This is half a loaf of bread which is either filled with chicken, beef, beans or fish curry. It is delicious. Also interesting to see is the aquarium uShaka Marine World, the Wharf of Durban and the Eastern Spice Market.

The party street you can compare with Long Street in Cape Town is Florida Street. If looking for a hostel next door is best advised to stay in Tekweni Backpackers Hostel. For me the most convenient way to get around in Durban is uber. A more local way of getting around is the mini bus taxi. Asanda and I decided to use this common way of transportation to go to a shopping center. Basically no big deal in Cape Town as there are just a few routes you can easily figure out and the locals are used to tourists taking the busses as well. It is another story in Johannesburg and Durban. Both cities are huge and if you don´t know where to go then you can easily end up jumping into one bus going in the wrong direction. This is why Asanda ended up asking one of the drivers which bus to take but they ignored us. It took us 3 attempts to actually get a response. I was 100 % sure traveling with a South African women in South Africa would actually help but in that case I was wrong. Durban is Zulu area, Asanda is Xhosa and both cultural groups don´t get along with each other that well. Eventually everything went well and we had 3 cool days in Durban. Flying back from Durban to Cape Town I can recommend FlySAfair. I have flown with them several times and they have reasonable rates and a really good service. 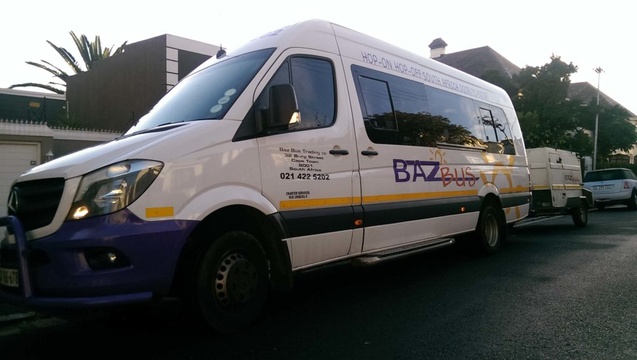 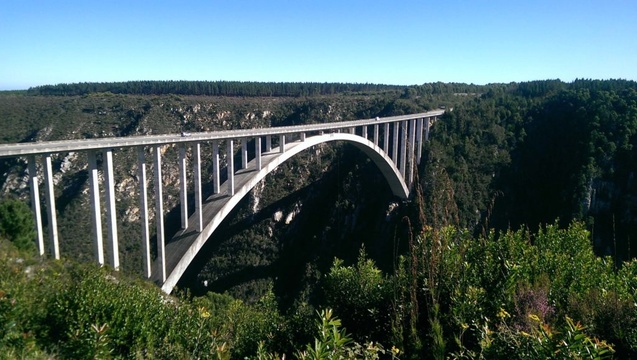 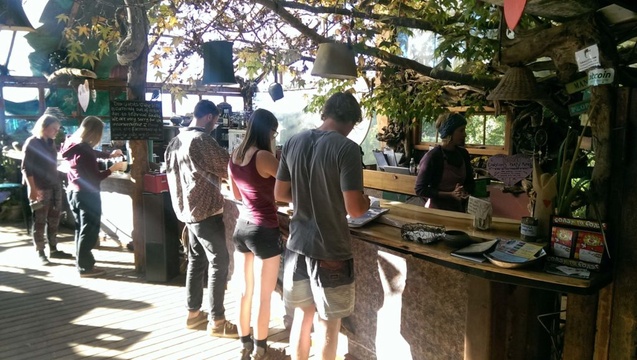 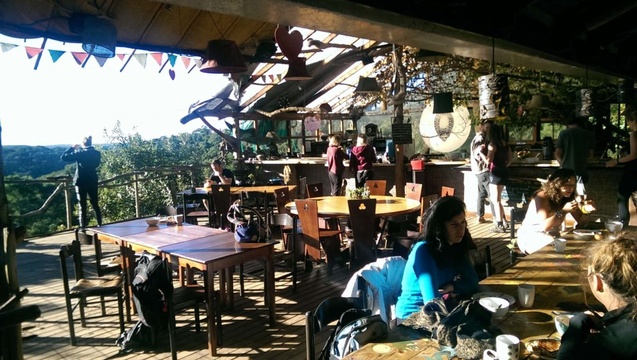 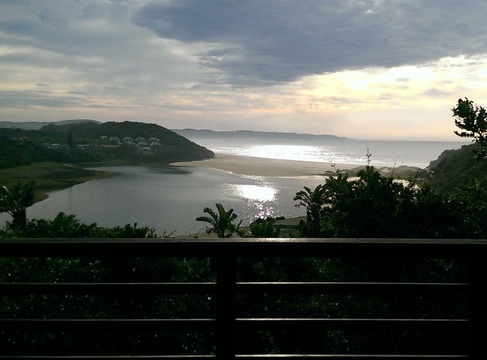 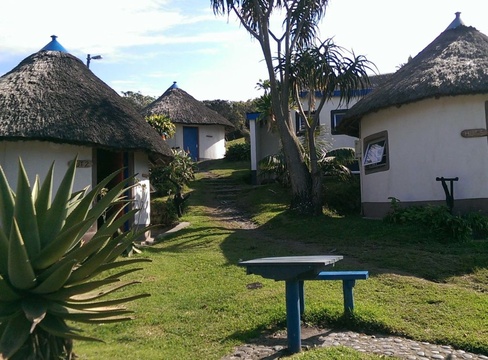 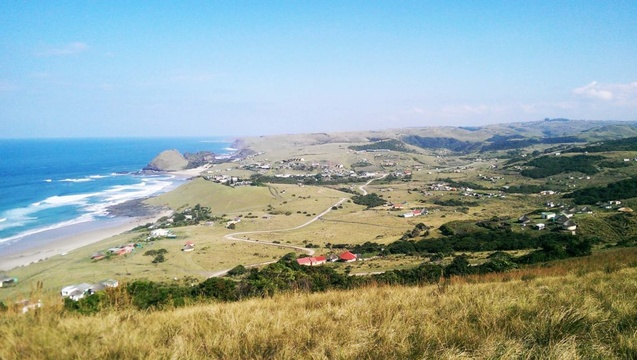 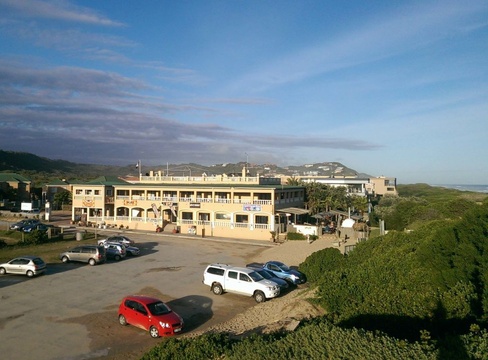 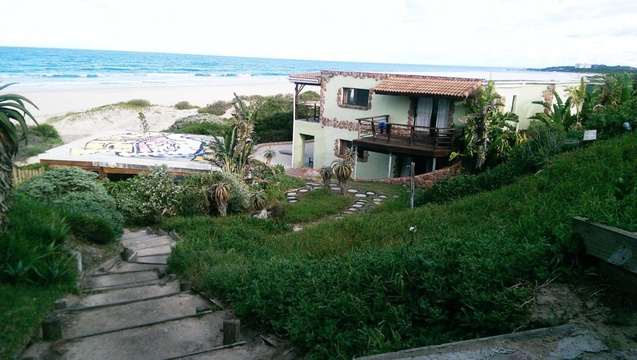 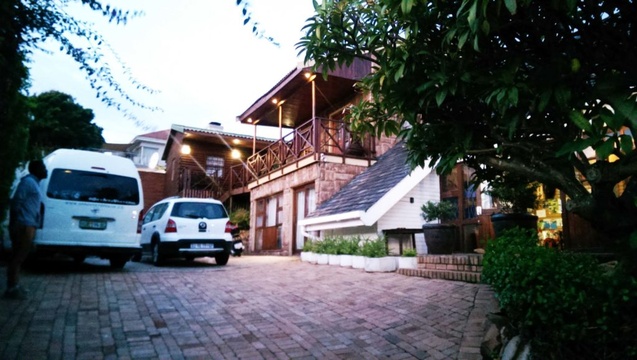 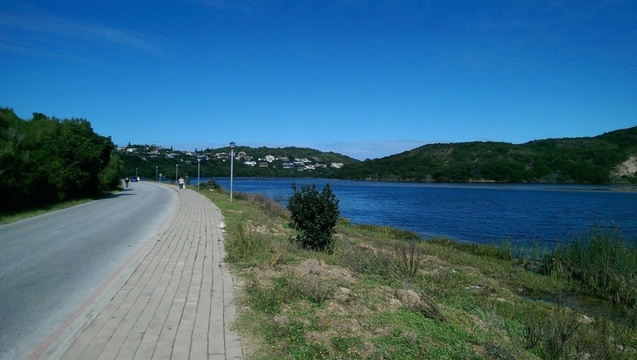 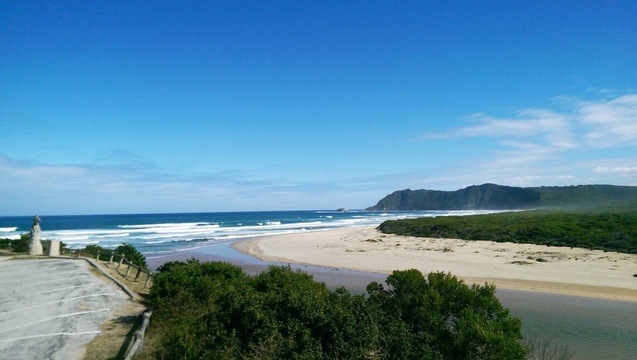 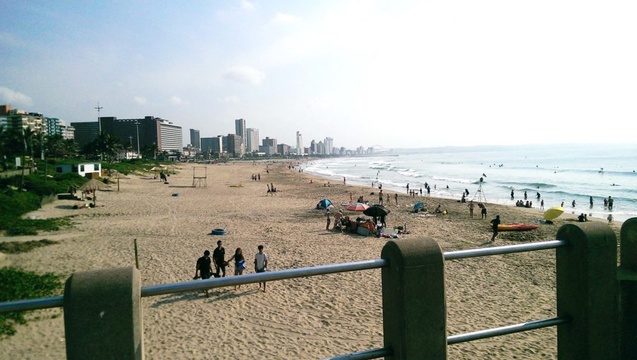 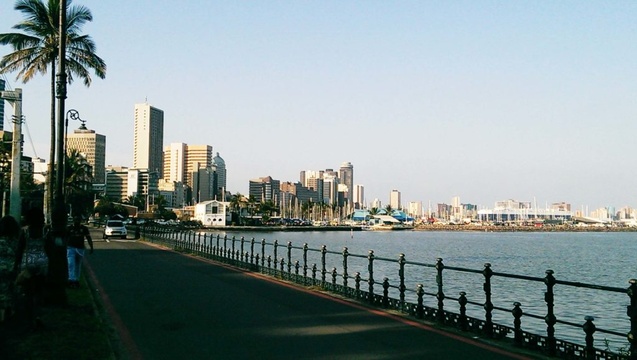 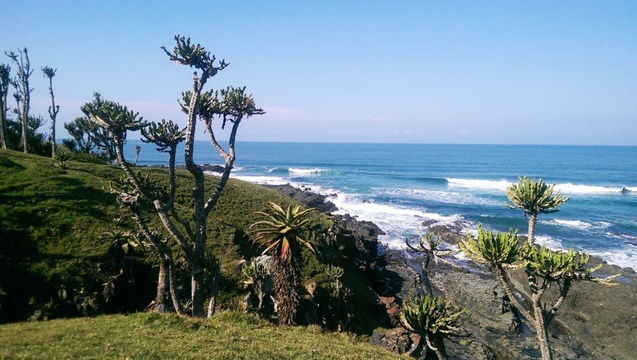 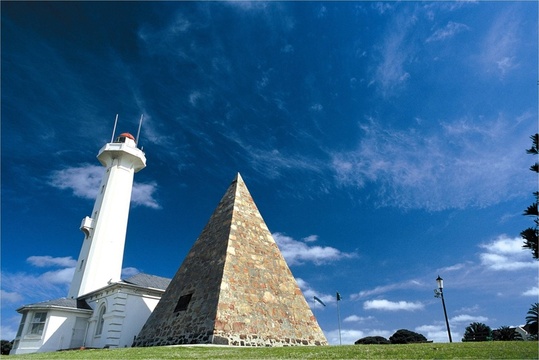 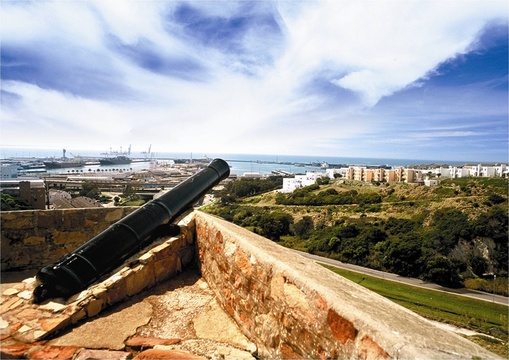 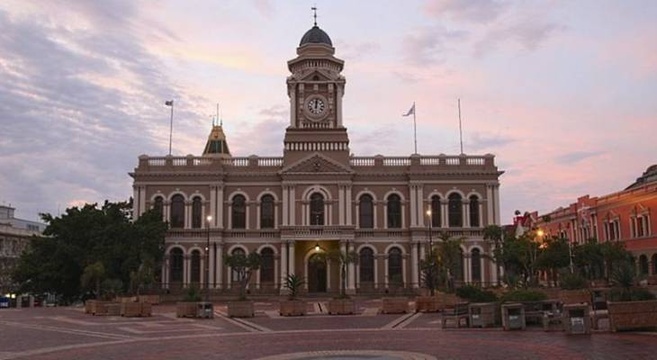