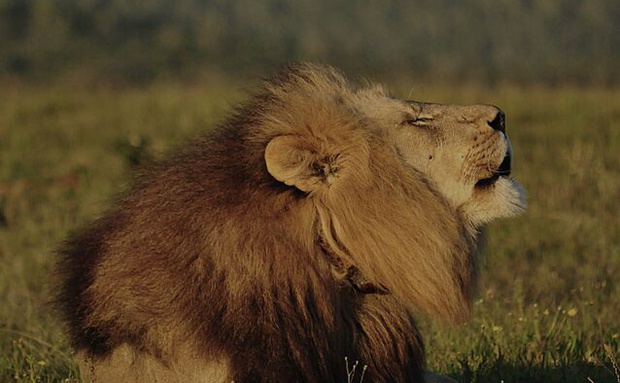 The term 'Big Five' refers to five of Africa's greatest wild animals known as the lion, leopard, elephant, buffalo and the rhino.The "Big Five" still creates excitement for exceptional destinations and experiences that South Africa has to offer.

Just think, whilst you are admiring a beautiful sun set you capture the moment of a pride of lions stalking their prey. Or watching a buffalo strolling to a water hole with strength and size that makes it more likely to kill. Then, the rhino, which is close extinction, with its extraordinary horns and bad temper and the leopard, its beauty, remarkable speed and skill to hunt. Many if not all travelers whom visit South Africa find their visit to the country as incomplete without having spotted, and perhaps photographed, the Big Five.

For all of their roaring and growling lions are family animals and only social within their own communities. Their prides can be as little as 3 to 15 members. Prides can be as small as 3 or as big as 40 animals. In a pride, lions hunt prey, raise cubs, and defend their territory together. In prides the females do most of the hunting and cub rearing. Usually all the lionesses in the pride are related—mothers, daughters, grandmothers, and sisters. Many of the females in the pride give birth at about the same time. A cub may nurse from other females as well as its mother. Each pride generally will have no more than two adult males.

While the females usually live with the pride for life, the males often stay for only two to four years. After that they go off on their own or are evicted by other males who take over the pride.

Elephants are known as the largest living mammals on land and can way up to eight tons. There are two different types of elephants known as the African Elephant and the Asian elephant. there are known difference between the two species. A baby elephant develops for +-22 months inside it's mother and at birth an elephant calf can way up to 100 kg. There's no other land animal that takes this long to develop before birth.

The Cape Buffalo are known as large animals. Adults stand at about 1.21 m and the males usually weighs up to 700 kg. The Cape Buffalo is one of the most dangerous animals in Africa. They are commonly found in protected wildlife areas that have a lot of water because they need to drink water every day. This animal is also slowly dying out because they are hunted for their meat and they have been victims of various cattle diseases. There are only +- 1 million Cape buffalo's left in Africa.

It's known that there are more African leopards than African rhino, but they are both very difficult to spot. They are shy and quite modest which is strange for a cat that climbs trees, swims and lives in a wider range of habitats than most other wild cats. They use trees as there observation platforms and protection(this is where their spots come in as perfect camouflage).

There are many Big 5 Game Parks and Reserves in most parts of our beautiful country.At Lungile Backpackers Lodge we don't only offer this amazing tour presented by the Addo elephant Park, but also many different and affordable toursand exciting things to do so book NOW!